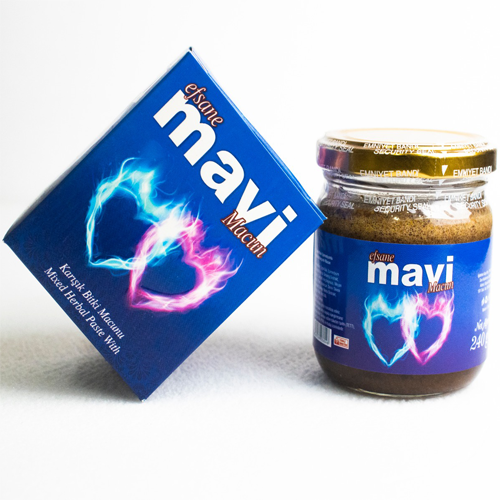 The one of the strongest epimedium product in Turkey. There will be no headache after using this product.

How to Use:
Eat before the sexual intercourse (1 hour before having sex) preferably with full stomach and up to 4 times a week. The effects will last for 24-36 hours. Eat 1 small teaspoon (10 gr.) after mixing the paste and drink plenty of water after eating.

Research has shown that the active substance of epimedium is “icariin”. In 2008, in the monthly edition of The American Chemical Union (American Chemical Association) the results of a research conducted by the team of the Professor of the University of Milan, Mario Dell ‘Agli were published about the impressive results of icariin against erectile dysfunction. The icariin, the active component of the herb, improves the blood flow in the genital and the erectile ability by binding the enzyme SHGB, which blocks the biological activity of testosterone. It strengthens the attenuated organisms and increases the sperm count in men and the sexual satisfaction in women.